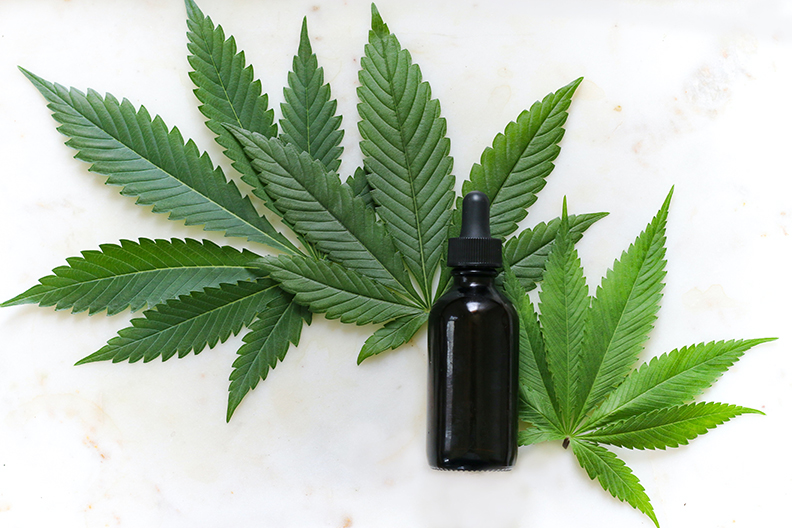 The correlation between smoking weed and a person’s IQ has long been a subject of debate. In the current political environment of legalization discussions and arguments, this belief is no doubt one that pushes to restrict marijuana use as a recreational drug.

As marijuana depresses certain neurotransmitters to create the sensation of a high, it is certainly true that marijuana use does have effects on the brain – some of them potentially dangerous in the long run, especially with extended use. But to what extent does its use kill brain cells?

Marijuana’s Interactions With the Brain

The relationship between marijuana and the body is a complex one. Many parts of the body respond to marijuana, which is why it has the potential for so many different medical applications. In the brain, marijuana can potentially stimulate dopamine production in addition to its depressant effects, which leads to relaxed inhibitions and the resulting feeling of being high.

For some users, extensive marijuana use can lead to short-term memory loss, impaired thinking and learning abilities, and depression, as well as other side effects. And while these effects suggest that marijuana does have an impact on the brain, does that mean it’s killing brain cells in the same way that other substances, like alcohol, can?

What Studies Have Revealed About Marijuana and Brain Cells

Some studies have suggested a link between marijuana use and a change in IQ. One of the most notable studies was conducted in New Zealand in 2012. It followed over 1000 people over the course of their lifetimes. The study tracked both the use of cannabis, as well as the IQ levels of the participants.

The results showed that 38 of the participants who used marijuana experienced a sharp drop in IQ – about 8 points on average. However, those participants were also heavy users that used marijuana on average four times a week and had a dependence on weed from before the age of 18, some of them using the drug for more than 20 years.

In addition, these results only reflect 3.8% of the participants in the study, which isn’t a statistically significant value to determine causation. Likewise, the study didn’t account for socioeconomic status in the data, which ignores the potential for other factors, like education level, difficulties in family life, and more – all of which can also impact IQ.

Other studies have found similarly inconclusive evidence on the matter. A study of identical twins showed that both marijuana users and non-users experienced comparable effects on IQ, most likely from these other factors.

Another study indicated that older marijuana users can instead see improvements of neurotransmitter activities for learning and memory. Similarly, other research indicates that marijuana use may stimulate neurogenesis , protect the brain from stress-induced disorders , and help protect people from symptoms of Alzheimer’s disease . Another study even indicated that THC, the active ingredient in marijuana, may be able to kill brain cancer cells while leaving healthy brain tissue intact , though further research is necessary before there are any conclusive results.

Because of the complex interactions between marijuana and the human brain, there are still several negative side-effects that can come from weed use. However, the impact of cannabis on the brain does not seem to scientifically match up with the perception that smoking weed leads to loss of brain cells.

The Negative Impact of Marijuana on the Brain

The continual use of cannabis, as with any other addiction, ultimately affects the chemistry of the brain, making the effects of a dosage less impactful. As a result, your body regulates to a state where consuming the drug resets the body to a normal state, which causes many users to increase their intake to create the high they crave. This poses serious risks to these users.

Additionally, though marijuana may not kill brain cells, this doesn’t negate its impact on learning faculties. In fact, the younger one starts, the higher the risk of that impact. Those who start using
any form of drugs in their teenage years, including marijuana, are doing so during a time of critical brain development. Introducing regular use of drugs can affect the development of the brain and potentially stunt mental growth. Some of these impacts can, in turn, involve decreased IQ and cognitive function.

As such, age may be the key to understanding how marijuana can potentially help or hurt the brain. While there have been numerous studies on the subject, more comprehensive research is necessary before any conclusive claims can be made about these impacts. As recreational use of the drug continues to be legalized, it is possible that more research in these areas will continue.

Despite the potential benefits of marijuana and the increased availability, due to changing stances on legality, the fact remains that marijuana can have dangerous side effects – especially for those
who suffer from abuse and addiction. Prolonged use can not only have a negative impact on mental faculties, but also on other aspects of health and behavior, such as altered decisions, lack of inhibitions, bouts of paranoia, and even depression.

As more states in the US move to make medical and recreational marijuana use legal, it’s more than likely that the number of users will only increase. Promoting safe use habits will then be essential for minimizing negative side effects and preventing marijuana abuse. Even without the potential for decreased IQ, there are still many dangers associated with any form of drug addiction.

For those who struggle with substance abuse and addiction, it can be difficult to overcome these problems on their own. Support is necessary, from both loved ones and medical professionals, to
make the right choices and stay on track to step away from substance abuse.