How Long Does Cocaine Stay in Your System?

How Long Does Cocaine Stay in Your System? 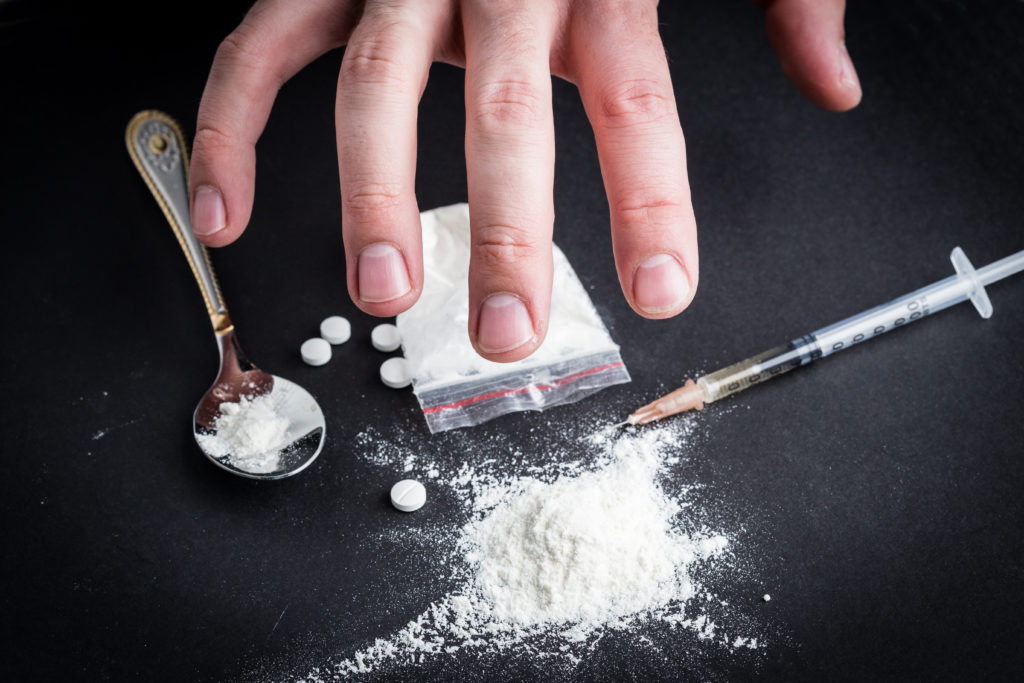 How long does cocaine stay in your system? As a fast-acting stimulant, cocaine does not remain in the body much longer than the high it produces. While intense, cocaine stimulation generally only lasts between fifteen minutes to an hour, depending on a combination of factors.

Cocaine levels in the blood remain at peak level for an average of around thirty minutes after ingestion, with variations based on the intake of the substance. While cocaine itself has a short half-life (the time it takes for the drug to leave the body), it does leave traces called metabolites behind as the body breaks down or metabolizes the drug.

Even those who’ve only used cocaine once will have metabolites in their bodies for a certain amount of time. In fact, drug tests screen for the cocaine metabolite, benzoylecgonine, rather than cocaine itself, because the benzoylecgonine metabolite remains in the body for much longer periods of time.

What’s the Best Method of Detecting Cocaine In the Body?

How Long Is Cocaine Detectable Through Urine?

Urine is the most common method of testing for cocaine use and traces of benzoylecgonine. For someone who has only used the drug once, urine testing can still find traces for up to 2-4 days after use. As benzoylecgonine builds up over time, chronic and binge users will still have traces of cocaine in their urine for up to two weeks. In the most extreme cases of high dosages and substance purity in combination with other factors, it’s possible to find metabolites after up to three weeks of abstinence.

How Long Is Cocaine Detectable by Blood Tests?

Another option for cocaine testing is through taking a blood sample. However, cocaine is only detectable for between 12 to 48 hours, though the average length it can be detectable is about 24 hours which is nowhere near as long as it can be detected by using a urine drug test.

Blood testing is more likely in situations of potential acute cocaine intoxication to detect the potential risk to the user, rather than to determine if they have ingested cocaine or not.

What Other Effective Tests Can Detect Cocaine In The System?

How Long Is Cocaine Detectable Through Saliva?

The short half-life of cocaine also means that cocaine metabolites don’t last long in saliva. Just like with blood, the timeline for saliva falls between 12 and 48 hours making a saliva test one of the less effective tests.

How Long Is Cocaine Detectable Through Sweat?

While not the most common form of testing, benzoylecgonine is detectable in perspiration for up to several weeks. Cocaine shares this trait with several other substances. This test is done by putting a band-aid like patch on the skin of the person being tested. After the patch is removed, the traces of any illicit drug or drugs that have been absorbed by the patch will be analyzed.

How Long Is Cocaine Detectable Through Hair?

Hair testing can also detect metabolites in the body. For cocaine, such testing is capable of finding traces of benzoylecgonine in the hair follicles of the cocaine user for up to 90 days after last use. For heavy and chronic users, traces of cocaine may even last for years in the hair. A hair follice test is conducted by removing (with scissors) a small hair sample from the subject’s head. A person will not test positive for one-time cocaine use with this method of testing thus this test is more useful as a potential indicator of drug abuse or drug addiction.

Despite the longer length of detection through hair, analyzing a person’s urine is the most preferable cocaine detection method for medical and legal purposes. This is because unlike a urine test, the testing procedures of a hair test are more complex and can have skewed results.

However, it is important to keep in mind, as noted by the Department of Health and Human Services, that,

“drug tests cannot measure the frequency of use, nor do they indicate the severity of impairment or whether an individual has a substance use disorder that requires treatment.”

As such, drug testing should only be seen as a means of detection, and not of evaluation.

What Factors Affect How Long Cocaine Can Last in the Body?

The length of time cocaine can remain in the body is based on many factors which will vary from person to person.

Individual Variance. A person’s body chemistry, history with the drug, and usage habits all affect how much metabolites may build up in the body and remain detectable. Higher dosages and greater frequency of use will obviously allow cocaine traces to linger in the system longer.

Metabolism differences. Everyone has a different rate of metabolism, which affects how quickly our bodies process food and other substances. Body composition, age, other health conditions, and even the level of exercise can impact metabolism, in turn impacting the rate of processing cocaine.

Drinking alcohol. When alcohol and cocaine combine in your body’s system, they create a different metabolite than benzoylecgonine, known as cocaethylene. Cocaethylene has a much longer half-life than cocaine, lingering in the body for much longer.

It is also much more toxic, with the potential to damage the liver and other parts of the body. Combined with the fact that alcohol and cocaine counter each other’s effects, the danger of overdose when using these two substances in tandem is high.

Other drinking habits. Insufficient water intake can prevent the body from excreting metabolites, causing benzoylecgonine to hang around longer. Likewise, high levels of caffeine can do the same thing.

Method of intake. Like other drugs, it is possible to take cocaine in several different ways. These methods play a role in how long it takes for cocaine to enter the system and create a high, which in turn affects the time cocaine exits the system. The hardened version of cocaine created by dissolving it in sodium bicarbonate and water is referred to as crack cocaine. Crack cocaine is typically smoked while powdered cocaine is snorted, injected, or ingested orally. Both smoking cocaine and injecting cocaine create a near-instantaneous effect whereas snorting cocaine or oral ingestion can delay the drug’s effects for anywhere from 20 to 90 minutes.

However, while it may not impact the processing of metabolites, mixing cocaine with other drugs has potentially dangerous consequences. Cocaine and other stimulants have the chance to introduce high levels of toxins into the body, while cocaine and depressants have the same high risk of overdosing due to counteracting effects, just as with alcohol.

While cocaine may not last in the body for as long as other substances can, that is part of what makes it so dangerous. The short-term high encourages further use, which in turn builds up the body’s resistance to the substance. When the same dosage doesn’t bring the same effects, many users quickly turn to higher and more frequent levels of intake leading to cocaine addiction.

In turn, cocaine’s metabolites last in the body for longer periods, increasing its detection range. Even with the short window of detection in the body, long-term and heavy cocaine use can drastically affect a user’s health for years to come.

Side effects of cocaine addiction can include:

Long cocaine use increases the likelihood of these side effects and cocaine overdose but prompt and proper addiction treatment can help prevent these physical and mental effects, enabling a user to live a healthy life post-addiction.

Call Us, We’re Ready To Help

Are you ready to get help with quitting cocaine? At Pomarri, we understand the cycle of addiction and substance abuse and have helped countless people finally quit the cycle of cocaine abuse. There is hope, call us today to get help.

Need Immediate Help? Call our HOTLINE 24 hours a day! (801) 396-5657
We have certified Mental Health Professionals on site at all times.

Our staff is here to take your call 24 hours a day, every day of the week.

Looking for additional information or have a special situation? Please fill out the form below & we’ll immediately contact you.

This content has been verified by APRN Jared Hawkins

Jared Hawkins is a Certified Family Nurse Practitioner with an extensive background in medical-surgical, oncology, orthopedic, hospice, post-acute rehab, and addiction medicine. He enjoys working with patients in their unique circumstances and helping them find their intrinsic value to overcome their challenges.