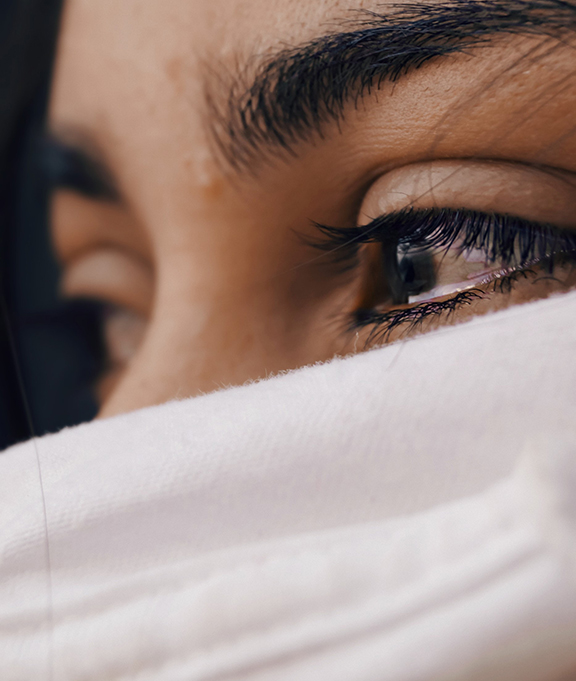 “It was a bleary Tuesday afternoon and I sat awkwardly in a metal folding chair, trying not to squirm. There were six other folding chairs placed in a semi-circle beside me, filled with other women who looked at least as uncomfortable as I was. A woman with strawberry blonde hair, graying at the temples, and wearing a tweed jacket with leather elbow patches entered the room. She welcomed us to what felt like a sad sewing circle: the Tuesday Trauma Group.

Kathryn, the group leader—a licensed social worker with an emphasis in trauma therapy—began by asking the group, “How many of you would say that you experienced childhood trauma?” What an odd, question, I thought. Isn’t that why we’re here? Every hand rose. “Now,” she said. “How many of you are here in part because that trauma included childhood sexual abuse?” I thought this was an uncomfortable means of inquisition, but I vaguely raised my hand. When I glanced to my left, all but one other woman had raised a hand as well. It seemed like a lot. “And how many of you would say you’ve struggled with addiction in your lives?” Again, all but one raised her hand—this time, a different woman.
It took a while before I became comfortable sharing my stories with others—I’d been conditioned to hide them for too long, even from myself—but I learned that opening up to the truth wouldn’t be the Pandora’s box experience I’d feared; it would be a liberation. It took years, and truths poured out slowly, but as they came, I healed, and I witnessed others heal the same way. It took me years to learn another way. To remember what I’d never truly forgotten and find a way to write my truths differently—not to change the past, but to change the present. The future.”

The statistics of sexual abuse survivors struggling with addiction is staggering. Men and women alike experience the addiction cycle, especially when the abuse has not been dealt with. According to the American Journal on Addictions, 75 percent of women who enter treatment programs report having experienced sexual abuse. And according to the Journal of Traumatic Stress, an alarming 90 percent of women who become dependent on alcohol “suffered severe violence at the hands of a parent” or “were sexually abused during childhood.”

The common denominator with most sexual assault survivors, is the belief that they are somehow responsible for the trauma they experienced. Many will go years with the secrets buried deep beneath shame. Pain at such a deep core level prevents the development of healthy emotions and often, survivors will do just about anything to numb the pain. It often leads to poor self-esteem, dysfunctional relationships, and an increased likelihood of repeated abuse.

There is another way. Through emotional reflection, validation, release, and reconnection, survivors can be free of the prison of sexual trauma and shame. It is a courageous endeavor consisting of feeling the emotions and expressing the truth of the trauma. The release brings liberation and the pain is no longer encapsulated inside the body and the mind. Once a person is able to release the emotional trauma and realize that the shame is not theirs to carry, the healing can begin.

If you or a victim of sexual trauma and are struggling with addiction, we can help. You are not responsible and you are not alone!