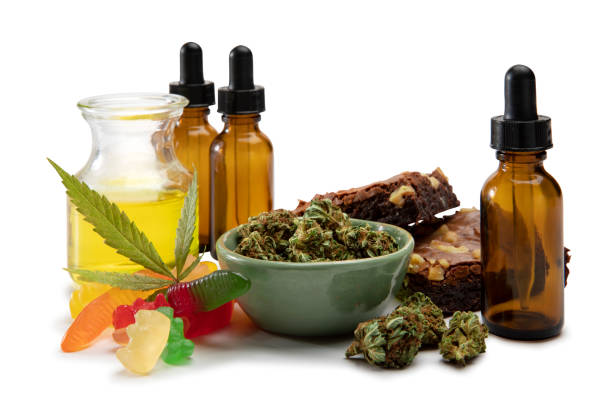 When polled about their opinion regarding the consumption of marijuana and its derivatives, most people retort with a generic, pre-canned answer: “I heard it makes you lazy.” “Weed kills brain cells.” and “It turns you into a procrastinator.” are common phrases thrown around in casual conversation. However, in our modern era of medical advancements and non-traditional medical supplementation, marijuana touts itself as an alternative means of treatment for patients who want to steer clear of pharmacological intervention.

Rather than relying on over-the-counter medications and prescriptions that carry the potential for abuse and addiction, patients opt for naturalistic modalities for treating their symptoms. Today, let’s settle the question once and for all: does weed kill brain cells and, more importantly, is it safe to use for the average person?

No, Weed Does Not Kill Brain Cells

Let’s cut to the chase: you’re not going to kill delicate brain cells with recreational marijuana usage. Scientific literature released by the University of Boulder and the Department of Psychological and Brain Sciences in Lousville, Kentucky, found that daily marijuana ingestion had no adverse effects on the smoker’s brain cells. This finding came as a shock given the extensive history of negative opinions associated with marijuana and the individuals who enjoy leisurely smoking.

Moreover, scientists found that, unlike alcohol use, marijuana allows users to experience a brief period of euphoria and relaxation without longlasting effects or withdrawal symptoms associated with chronic drug usage. When the data from their study was examined and analyzed, the information revealed no changes in pertinent areas of the brain, such as the amygdala or hippocampus. These findings are critical to understand on account of the amgydala’s and hippocampus’ role within our daily interactions with people and variables around us.

Although the amgydala servers a number of critical and non-critical functions, it’s focal role relates to our emotional well-being. A person’s ability to compartmentalize their emotions, connect with their friends and keep psychologically-damaging thoughts from creeping into their mind relies heavily on a healthy functioning amygdala. Conversely, the hippocampus is vital for students and professionals who need to recall data and form connections between novel concepts to advance within their respective fields.

To illustrate the process of the hippocampus, imagine yourself entering a classroom on your first day of school, notebook in hand, ready to learn. When the professor begins their lecture and dives into a mildly-complex topic, your brain begins churning and contorting itself to grasp the new data relayed during the speech. After long nights of studying and consulting with your teacher, you finally understand the new material and feel confident applying your newfound knowledge to new domains. This process, however, would be impossible without a efficient and active hippocampus.

In year’s passed, we’ve heard that weed smokers cannot grasp new data, and as a result of this side effect, their time spent in academia is lackluster at best. Simply put, the link between bad grades, inability to focus and being “lazy” are unfounded and damaging. Rather than placing blame on one’s unsatisfactory grades or declining production in a professional environment, we must first examine the behavioral habits that contribute to their diminished returns.

But Wait, There’s a Catch

Although marijuana is relatively harmless for healthy, of-age adults, it’s not harmless or free of side effects. On the contrary, individuals who choose to ingest marijuana through a means of lighting the substance on fire are at risk of short and longterm side effects from their behavior.

The main concern that medical professionals share when discussing marijuana usage is the process by which smoke passes tetrahydrocannabinol (THC) into the bloodstream. Once the smoke moves into the delicate lining of one’s lungs, trace amounts of THC are absorbed into the user’s blood, creating a euphoric and theraputetic effect in seconds.

However, this process inflames the linings of the airways, causing mucus, irritation, tenderness and coughing spells to occur. When this process becomes habitual, scientists believe it can lead to various forms of lung disease and chronic discomfort. However, weed smokers aren’t dumb: using a non-carcinogen-based inhalation method, such as a vaporizer, bypasses the need for combustion entirely.

Vaporizers, in general terms, heat the marijuana to a point where its underlying THC releases into the air. Not only does this override the need for using a lighter or torch, but it also potentiates the product, allowing users to use smaller amounts with greater efficacy. For longterm marijauna smokers who desire a health-conscious means of ingesting their medicine, vaping is worth researching.

Now that we understand the biological process that occur after a person smokes weed, it’s no shock that areas across the United States are lifting their respective bans on the substance. Although states like California and Colorado pioneered the legalization of weed for recreational and medical purposes, conservative states such as Alabama, Virginia, Illinois, Mississippi, Arkansas and Pennsylvania allow citizens to rely on marijuana for their medical needs.

Like most things in life, moderation is the essential philosophy for a worthwhile existence. To quote Seneca the Younger, “Everything that exceeds the bounds of moderation has an unstable foundation.” Similarly, individuals who want to reap the beneficial effects of weed without worrying about their neuronal cells or the integrity of their lungs need to practice moderation and non-combustible inhalation methods. By following this approach, users can use marijuana daily without dampening their quality of life with side effects like chronic coughing, raspy voice, sore throat, diminished lung function or hazardous lung diseases.