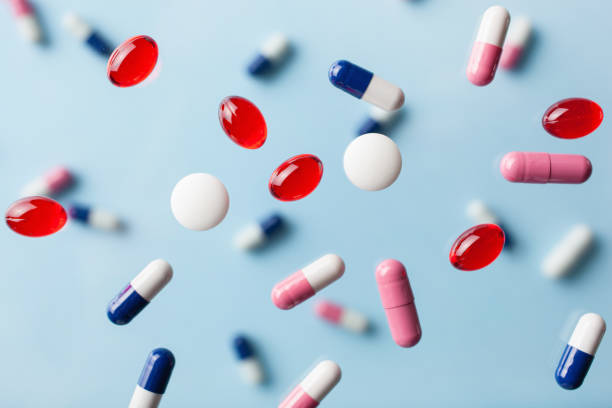 Muscle relaxers are an effective way to manage pain. They can relieve muscle tension, spasms, and cramping. They can also reduce the severity of migraines and headaches. Muscle relaxers are widely available over-the-counter and via prescription, and they usually come in pill or liquid form. Unfortunately, these drugs can be addicting in some cases because they may impact brain activity by impacting dopamine production in the brain’s reward system.

How Do They Work?

Why Are They Addicting?

There is a problem when it comes to muscle relaxers. Though the drugs effectively reduce pain, they may also decrease dopamine production in the brain’s reward system. This means that these drugs can become addicting over time. It is also possible to develop a tolerance to these medicines and need higher doses to produce the same effect. Of course, this only increases addiction potential, although it is not always easy to tell if a person is suffering from an addiction.

Muscle relaxers can be addictive because they may impact the number of dopamine receptors in the brain. Dopamine is a neurotransmitter that plays a role in both pleasure and reward. It also has a role in the movement, arousal, and motivation. When dopamine levels are low, people tend to develop addictions like alcohol or cocaine because it increases feelings of reward and pleasure.

Many different types of these relaxers affect the dopamine system, and some of them may be more addictive than others. For example, acepromazine increases dopamine levels in the brain while methocarbamol reduces them. Some of these relaxers used to treat Parkinson’s disease may also impact dopamine production and make it easier for people to become addicted.

The muscle relaxant tablets categorized as sedatives comprise those that people can get from using Valium, Xanax, and Ativan. It gets categorized as a sedative because it induces sleep when someone takes it without a doctor’s prescription. This is why it is easier for those who do not believe in taking medicines through prescription to get their hands on Valium.

It’s easy to become addicted to Valium because it has a calming effect on the user. It can induce sleep or reduce anxiety. People who consume alcohol or Xanax with Valium build a tolerance to this. This makes them want to increase the intake of both kinds of drugs after a while.

In the end, Valium is known as a very addictive drug, and it’s kind of sad that some people would resort to using it instead of going to the doctor. It makes users feel good because it relieves certain symptoms associated with anxiety disorders like restlessness and insomnia. It also has a numbing effect on the user’s mind.

These relaxers can be addictive because they may interfere with a person’s dopamine system. Dopamine is a neurotransmitter that plays a role in both pleasure and reward. It also has a role in the movement, arousal, and motivation. When dopamine levels are low, people tend to develop addictions like alcohol or cocaine because it increases feelings of reward and pleasure.

This means that these relaxers can simulate the effect of drugs like heroin or cocaine on the brain’s reward system. People who have not been diagnosed with conditions like fibromyalgia may sometimes be addicted to these drugs without realizing it.

The dangers of muscle relaxer dependence are pretty serious. The prolonged use of these drugs can potentially addle the brain such that a person’s ability to think will be hampered. This means that they will have difficulty thinking as clearly as they did when they were not using these medications. Over time, they may not even be able to function properly at work or home.

Of course, with dependence comes troubles such as increasing the user’s risk of drug-related crimes. The progression of muscle relaxer addiction can also be very dangerous to the user’s health. They may experience anxiety and paranoia because they take more of a drug that should not be taken in large amounts. This is known as tardive dyskinesia, a condition that primarily occurs in those taking these types of these relaxers for a long time.

With muscle, relaxer addiction comes adverse effects like the ones mentioned above. You should consult your physician if you think you are dependent on the use of these drugs. Your physician will conduct an exam and ask you a few questions about your health and background before concluding whether or not you have a problem with these relaxers.

However, there is a solution to this problem, and it’s called rehabilitation. You can avail of treatments to help you get better from these relaxers’ addiction. These include rehabilitation procedures like counseling, psychological evaluations, and other interventions that allow users to rid themselves of the negative effects of drug addiction.

You will have to take into account these things before using these relaxers. If you feel like you may be addicted to these medications, the best thing that you can do is seek help right away. There is no reason for you to be dependent on these drugs, and it is best if you know that there are other ways to deal with anxiety disorders. Being dependent on muscle relaxers can lower your quality of life. This is why seeking help from experts like medical doctors, psychiatrists, and other professionals in the medical field will be necessary to address this issue.